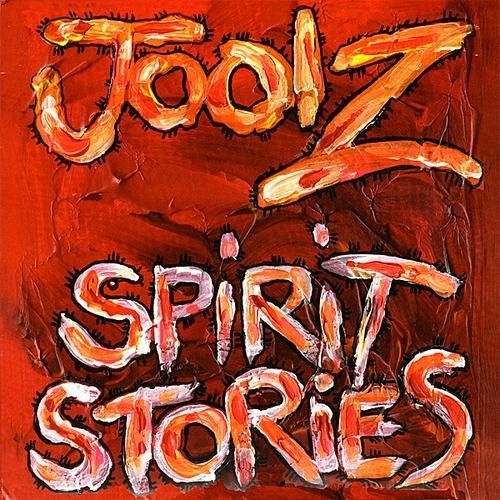 New Model Army – Joolz – Spirt Stories – Singles/Album Download
Format: MP3, WAV, FLAC. Full Album includes playlist and cover art. Singles come with cover art only.
Released: 2003 – Attack Attack
To Purchase: Click the “Buy” button for any song you’d like and it will be added to your cart. Once you have finished checking out, your downloads will be available from the My Account area.

Joolz Denby is a poet, novelist, artist, tattooist, photographer, curator and the creative force behind many hundreds of artistic projects for the last twenty-nine years.

Joolz has published five collections of poetry and four novels. The first recordings of her work set to music were made by Jah Wobble in the early 1980s but it was inevitable that she should also choose to work with NMA’s Justin Sullivan. Spirit Stories is their third album together.

In 1986, they released Hex. Which featured musical performances from Robert Heaton, Mark Feltham & Harry Beckett and was mixed by producer Glyn Johns (The Ghost Of Cain). Then in 1991, Weird Sister was recorded which included performances from NMA bassist, Nelson and violinist/cellist Ed Alleyne Johnson. This album has been re-mixed and re-mastered and will be re-released soon.

Seventeen years later comes Spirit Stories. Joolz poetry weaves stories of the strange, fascinating and often dark places of the human soul while the music creates a perfect, emotionally deep accompaniment, with contributions from NMA drummer Michael Dean, singer Jade McMahon and string arrangements by film-music producer Ty Unwin. It is an album that works on many different levels and like all Joolz work, manages to combine beauty, tragedy, humour and a completely down-to-earth attitude with the truly and genuinely spiritual.